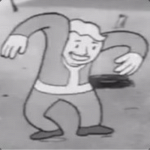 Hi, everyone who is a member of the HollyClan(Warriors Cat) Wiki. My full Username is Kittycat79, as you can see, but you can call me Kittycat or Kitty, for short. You can also call me Sparrowflight, which is the name of the Warrior cat I made up. Her info is below:

Appearance: Brown and white she-cat with a white muzzle, chest, underbelly, a black-tipped tail and bright green eyes. She also has a torn ear and two scars on her shoulder.

I also have a few other cats I made up with the same description as Sparrowflight. Here's some other stuff:

Runningwind-Must be a pretty fast cat to have that name. And he was the only cat apart from the very first WindClan leader(Wind, or commonly known as Windstar, although the Clans had not made up the rule that a Clan leader had to have '-star' as the prefix of their name yet, when Wind was alive), the cat who gathered up all the swift, rabbit-loving cats in the forest and mixed up heaps of cats, and the huge group of swift cats eventually became WindClan, and moved into the moorlands permanetly, laying down scent markers to create the borders of their territory. There have been many WindClan leaders since Windstar died, who had 'Wind' or 'wind' as a prefix(first part of the name) or a suffix(second part of the name). It was made against the warrior code to put 'River', 'Wind', 'Thunder', or 'Shadow' into a Clan cats' name, as it's prefix. You also can't put 'river', 'wind', 'thunder', or 'shadow' as the suffix of a Clan cats' name. Despite the fact that his name is against the Clan law, Runningwind is still epic. But you could make up Clans that have different rules in their warrior code.

Brambleclaw-All I can say is 'sharp'.

Bluefur-Don't you think it's a bit too plain and obvious? Why couldn't Pinestar just name her Bluepool or Bluefang or Blueheart or Bluestorm or Bluefeather? ANYTHING would be better. Well, pretty much anything...Bluebelly or Bluenose would be too retarded to be legelly put into published books. Then again, Loudbelly is in Warriors books, and they're published. But Loudbelly also makes a tad more sense.

Loudbelly-How hungry does a cat have to be to be named Loudbelly? Loudkit is so funny; kits mewl all the time!

Hi, everyone. I do Charart Requests on this Wiki as well as the WW now. If you want a Charart(cat image) from me, post a message on my talk page with a filled-in version of the Charart Form below:

Name: (Not the filename, the cat's real name)

Scars: (Nicked ear, scar running down one side, etc.) (If any)

Retrieved from "https://hollyclanwarriors.fandom.com/wiki/User:Jazzycat124?oldid=4273"
Community content is available under CC-BY-SA unless otherwise noted.